I was participating in my third iteration of The Lark Play Development Center’s “Word Exchange,” when I came across Noé Morales Muñoz’s Hitler in my Heart. The reading, with its fresh translation by Maria Alexandria Beech, stayed with me the rest of the day. And that week. And that year. I asked for a copy of both the original Spanish and its translation, and I pitched them to every theater that would listen, every director looking for a project, and any actors simply wanting to work on a new piece. Nothing happened. Folks would read it and optimistically dismiss it as “interesting,” “smart,” or “original.” Some went so far as to call it “not exactly theater, but a staged storytelling.”

What else is theater?

I realize now that theatermakers, like everyone else, have their boundaries. When and how we risk requires calculation. There are stories we are ready to hear and some that we are not, and the play we call Heart of Shrapnel arrives at Elon because folks were willing to risk many uncomfortable conversations about what this work means to its community and its developing artists, the first of which was its title.

The musician Anohni, who used to identify as Antony Hegarty, recorded the song Hitler in my Heart in 1998 as Antony and the Johnsons. The song, in which a gay, male romance is first denied by one of its participants, then erased through a hate crime, ignites rage within the speaker that can only be compared to the embodiment of evil. Wanting to forgive, but finding “Hitler in [his] heart” — he finds that the full expression of that particular pain is the only thing that can redeem him:

The flowers are the song we are hearing, the art itself, the one Antony/Anohni records but also performs time and again, perhaps as a restorative ritual. The calm expressed here at the end juxtaposes the haunting, brutal first half with Anohni’s operatic vocals soaring over a nimble, blistering piano that repeats frantically as it gives way to emotive strings. The song tattoos itself to the listener, and Noé, in conversation with it, created something that similarly tattooed itself to me.

The work of translating never finishes. The printed text is only an approximation. Our artistic team asked (and still asks) itself hundreds of questions about society, sports, violence, interpreting notions of so-called class, privilige, race, sex, religion, and immigration in order to get at something that approaches Noé and Maria Alexandria’s voices about their worlds. Ultimately, we agreed; we will not be able to interpret anything unless our play exists in the liminal spaces between the United States, Mexico, and beyond — in a city that is neither Monterrrey nor Seattle, but a globalized city, in the globalized world.

Make no mistake, the main concerns of this play come from a Mexican perspective about American culture. Our particular brand of commerce, fueled by iconography, cinematography and the use of idolatry through celebrity are squarely in focus here, and if fútbol is the second act’s subject, it is only because it is the sport that the world knows, the one that our playwright could speak in. Trade tethers some 7.6 billion people across the globe, and marketing it requires a particular kind of myth-making that feels omnipresent, working its way into our conversations, thoughts, doubts, aspirations, evaluations, and determinations. True to Noé’s vision, we want to free the audience of those burdens by magnifying and exploding those myths.

We began crafting this production, this particular tattoo, with you in mind, with the idea that the people experiencing it should receive something that cannot be obtained anywhere else because nowhere else would have it, and that must point to something. This means that the new ‘we’ (the production team with the audience, together) is both privileged and ostracized, peddlers as well as believers, institutional peons as well as blue-collar survivors. We are, in other words, the characters in this play. And isn’t that what theater, or “staged storytelling,” is all about?

Thank you for reading this.
Thank you for being here.
Thank you, Elon and Central NC, for participating with your entire imagination, in something beyond the transaction, wrestling to find a language we can all speak in. 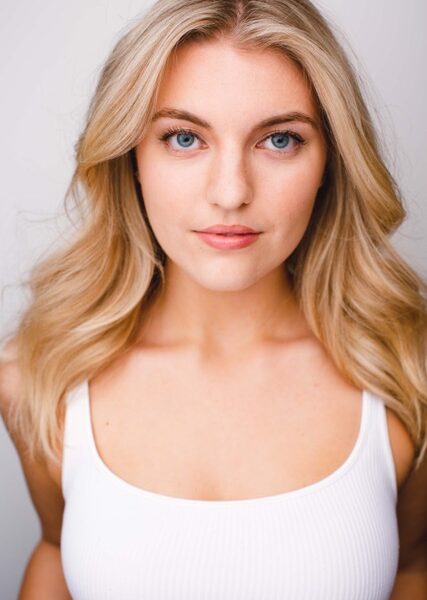 Andres is a dramatic artist born in Colombia and raised in Miami, Fl. He is a recipient of a TCG/Fox Foundation Fellowship at Cornerstone Theater Company and a Bowden Award from New Dramatists for his contributions to new plays developed by Sung Rno, Michael John Garces, Chiori Miyagawa and many others. At the Lark Play Development Center, he workshopped plays by Rajiv Joseph, Lynn Nottage, and Kristoffer Diaz, and was a company member for The Word Exchange, a Mexico-U.S. translation program. He is currently directing the development of Professor Samuel Ray Gates’ solo piece, When the Swelling Goes Down, at UNC-Chapel Hill.
Previous directing includes Lada’s Swan at Columbia University, The Dudleys! At LMCC/Swing Space, Co-Ops and Kryptonite at Manhattan Theater Source, and hundreds of student plays with Manhattan Theater Club’s educational outreach, Write on the Edge.
Theater performance: Loading Dock Theater, The Foundry, Intar, Lincoln Center (Broadway) Lincoln Center (Mitzi Newhouse), Working Theater, NY Theater Workshop, Cherry Lane, Rattlestick, Clubbed Thumb...
Regional: Old Globe, Woolly Mammoth. On film, he appeared in the Paola Mendoza and Gloria LaMorte film, Entre Nos, at Tribeca Film Festival and Steven Soderbergh's Che at the Cannes FF and NYFF.
Andres holds an MFA in Interdisciplinary Arts from Goddard College, where he wrote his first full-length play, Monks, and his first episodic pilot, Pyramids. He thanks his partner, Aubree, for holding it down while dad plays director.

JP has served as the Performing Arts Technical Director since Fall 2017. Prior to Elon, he worked as a lead craftsperson and project manager on productions such as Paw Patrol Live. Outside of Elon, he continues work as a freelance technical designer on productions such as the Frozen Australian Tour, The Beauty and the Beast in Shanghai, and The Phantom of the Opera World Tour. In his free time, JP builds custom furniture and runs an ever-increasing number of virtual Dungeons & Dragons campaigns. He couldn’t do any of this without the constant support of his amazing partner.

Sydney Bell is a senior Theatrical Design and Technology and Arts Administration major from Atlanta, Georgia. She is honored to work with so many talented artists and is overjoyed to close out her Elon career with this beautiful show. Sydney’s notable Elon credits include Beast Mode Champion (Stage Manager), We Will Rock You (Asst. Stage Manager), and Clown Bar(Asst. Stage Manager). Sydney has enjoyed working with this wonderful team and is excited to share this production with everyone! Sydney would like to thank her parents and friends for their love and support.

Elizabeth is a senior graduating with a degree in Theatrical Design and Technology Major and Arts Administration. She couldn't think of a more fun show to end her Elon career with. She would like to thank the cast, crew, and production team for making this such a positive experience.

Caitlin Duncan is a senior double majoring in Arts Administration and Theatrical Design and Technology. A few of Caitlin's Elon University credits include Heart of Shrapnel (Costume Designer), Fugitive Songs (Costume Designer), #silenced (Digital Renderer), and Beast Mode Champion (Stitcher and Crafts). Caitlin would like to thank Heidi Jo and Jacky Jo for supporting all of her costuming dreams. To see more of Caitlin's work, visit her online portfolio at caitlinbduncan.weebly.com

Callie is so excited to perform in this show as she embarks on her senior year at Elon University. Previously, she played The Attendant in Medea and Popo in Clown Bar. Outside of Elon, Callie has performed in The Wizard of Oz with TheatreLeague and Nine with Spinning Tree Theatre. She also interned with MICHA this past summer during their workshop series and she has served as literary intern for Unicorn Theatre. Finally, Callie is proud to have participated in film projects both in and out of school (Bresee, Commuters, etc.). She is excited for what the future holds! @callie_fabac

Eduardo is a senior acting major from Charlotte, NC. Previous Elon productions include Detective in Heart of Shrapnel, Bobo in Clownbar, and an understudy postion as Fortinbras/Raynaldo in Hamlet. Having recently completed his spring semester in LA as a part of the study USA program at Elon, he looks forward to his senior year and hopes you support him and the class of 2023.

Taylor Ann is excited and a little sad to be performing tonight in her final Collage! She is a senior this year and is so excited see what her last year at Elon has in store. She would like to thank her friends and family for their endless support. She would also like to thank her incredible professors and mentors for the support and knowledge they have given her. She hopes you enjoy the show!

Payton Robinson (Woman C) is a Junior BFA Acting Major from Fairhope, Alabama. Payton has been involved in other Elon productions including The Wolves, Medea, and Macbeth as an Understudy, but is excited to now be making her Mainstage debut. Payton would like to thank Andres Munar and the entire cast and crew for all the laughs, love, and lessons learned during this incredibly fulfilling experience as well as her family for their love and support. She hopes everyone enjoys the show!

John Lee Rudolph is a senior BFA Acting major here at Elon and he is so excited to be a part of this incredible production. His past credits include Heart of Shrapnel (X/Y), Medea (Messenger), Hamlet (Guildenstern U/S), and Arcadia (Jellaby U/S). John Lee is also a proud member of the Department of Performing Arts improv team, Instant Laughter. He would like to sincerely thank the entire team for their artistry and their role in making this such a joyful experience. He hopes you enjoy the show!

Briston Whitt is a lateral into the BFA Acting Class of '23 from Winston Salem, NC. Performing since the age of nine, some of Briston's most notable appearances were with the NC Black Repertory Company and the National Black Theatre Festival. In Elon's 2021 Spring play of Macbeth Briston played Soldier 2, Macduff U/S and Witch 2 U/S. She is so excited to take the stage this fall as “A” in Heart of Shrapnel. Briston would like to thank Andres Munar for helping her expand as an artist and an individual, and her amazing castmates for this memorable experience.

Alec Wilson is a Sophomore Acting and Computer Science Double Major at Elon University from Gainesville, Georgia. He has previously been the understudy for Kyle in Pheromone and understudy for Macbeth in Macbeth. He is making his mainstage debut as X/Y in Heart of Shrapnel. He would like to thank all of his teachers, friends, and family who have all helped him get to where he is now.

Alyssa Wise is a BFA Acting freshman at Elon University. She has been involved in theatre since she was nine years old and has performed in school productions and several community theatre groups including the Garner Towne Players and the Justice Theater Project. Her most memorable role was "Emmie Understudy" in the Justice Theatre Project's production of Caroline, or Change. She was a student in the Pre-Professional Training Program at the North Carolina Theatre Conservatory and has taken virtual classes with the Stella Adler Academy in New York. Alyssa is very excited to be cast in her first Elon production.